We can handle any order volume 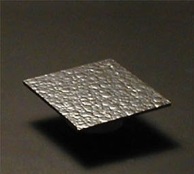 PRODUCTS FROM GRAPHITE OF THE KUREI DEPOSIT.
The Krasnoyarskgrafit enterprise was founded at the dawn of the creation of the Krasnoyarsk Territory itself. They, like old friends, go through life hand in hand from school. Each, of course, has his own path, but both started from scratch. Back in 1934, by a decree of the Council of People's Commissars of the USSR, graphite production was organized on the right bank of Krasnoyarsk - the processing of ore from the Kureysky graphite deposit, located on the left bank of the river. Kureika, 3 km south of the village of Svetlogorsk, Turukhansky district, Krasnoyarsk Territory.

The Krasnoyarsk Territory has significant reserves and predicted resources of graphite - 86.5 and 264.8 million tons, respectively. All deposits, occurrences and promising areas are located in the western part of the Tunguska coal basin. There are two main graphite-bearing regions - Kureisky and Noginsky in the Turukhansky region and Evenkia, respectively.

According to the encyclopedia of the Krasnoyarsk Territory http://my.krskstate.ru/docs/minerals/mestorozhdeniya-grafita/

The Kureyskoye deposit of graphite ores was discovered in 1859 by the Krasnoyarsk merchant Sidorov M.K.

The deposit is located on both banks of the Kureika River, 110 km from its mouth, between two large rapids, and is being developed by an open pit method.

Ores contain from 80 to 94% carbon and consist mainly of cryptocrystalline graphite (up to 65%), in a smaller amount (up to 35%) of coarse and fine flake, distributed in the form of veinlets, interlayers and lenses up to 3 mm thick. The main product of the company is cryptocrystalline graphite powder - foundry graphite grade GLS, granular material for ferrous metallurgy enterprises - Carburizer grade NSGC, and Sorbent grade SGN-30 successfully used for filtering drinking water, preparing water for drinks, in condensate cleaning and water treatment filters for steam boilers .

Since 2017, research work has been carried out, the purpose of which is to study new areas of use, activation and enrichment of graphite, separating large- and small-flake crystalline graphite into a separate product. Positive research results have been obtained on the possibility of using chemical current sources, lithium-ion batteries in the production.

KUREYSKOE DEPOSIT of graphite, in Russia, in the Turukhansky district of the Krasnoyarsk Territory, in the basin of the river. Kureika, 125 km north of Turukhansk; largest in the country and one of the largest in the world. Opened in 1861, periodically operated in the con. 19 - beg. 20th century, into the 21st century a small area of ​​the deposit is being developed by open pit mining. General Geological graphite reserves are 79.7 million tons, confirmed - 8.1 million tons (about 60% of the reserves in the country).

In tectonic terms, the deposit is located in the western part of the Tunguska syneclise of the Siberian platform and is localized within the world's largest graphite-bearing Tunguska province, confined to the western margin of the coal basin of the same name. Refers to the geological-industrial type of cryptocrystalline (amorphous) graphite deposits in stratified sedimentary strata. Formed as a result of contact (thermal) metamorphism of the Permian Carboniferous seam and diabase sill, which caused prolonged heating of the host rocks. The graphite deposit, up to 25 m thick, has a gentle occurrence and is confined to the deposits of the Burguklinskaya suite (Lower Permian). It is underlain by a layer of marbled carbonate rocks (1.5 m), separating it from the underlying thick sill (over 200 m). The overlying rocks of the deposit are represented by a thin layer of graphite shales, which pass up the section into quartzite-like sandstones and shales. The depth of the roof of the deposit is from 5 to 61 m. The ore body consists of layers of cryptocrystalline graphite, contains lenses of terrigenous rocks, and is also penetrated by apophyses and veins of diabase composition, connected with the roof of the underlying sill. The ores, in addition to the main mass of cryptocrystalline graphite, contain its fine- and coarse-flake varieties; among mineral impurities, pyrite, calcite, apatite, zircon, magnetite, rutile, chlorite are distinguished. The texture of the ores is massive and schistose. The development is carried out in the western part of the Southern section of the field of OJSC Krasnoyarskgrafit. Due to the large extent of the graphite layer and its shallow occurrence, it is possible to develop it in an open way over the entire area of ​​the deposit. Graphite deposit is suitable for metallurgical, electrical, engineering and chemical industries.

We GUARANTEE you the top quality of our products.

We supply our products to customers around Russia and well beyond its borders.

Delivery all around the world

Ready to place an order?
Leave your phone number and our manager will contact you soon.